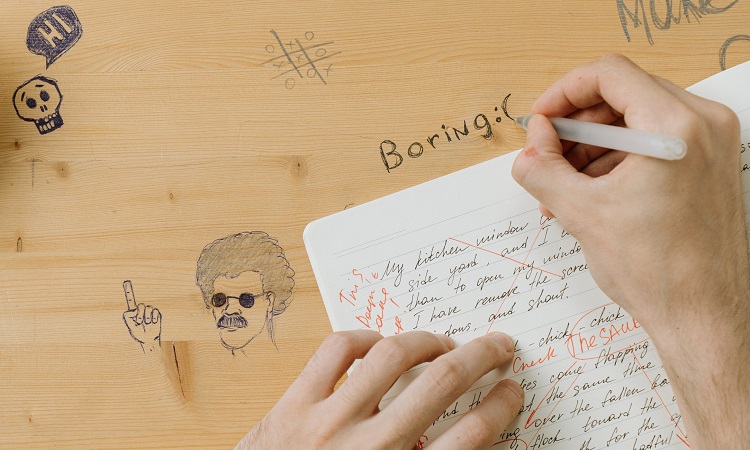 Understanding human beings isn’t that difficult. For the most part, we demand the following from content: It must either entertain or give us something for free. Naturally, entertainment means different things to different people, but the point is, it needs to connect with you on an emotional level. And that’s where a creative mindset is crucial to the process.

As much as the world tries to tell us that feelings are bad and we should repress them, we’re emotional creatures. We want to feel anger, hope, happiness, love, and everything in between. That’s why we love to consume content, as it triggers emotional responses that remind us we’re alive and not just soulless human meat sacks.

The problem, though, is when content gets corporatised. When you have a group of decision-makers ticking off the checkboxes and being frightened of emotional responses. Fundamentally, their actions nullify the entire purpose of the “content”. It becomes words, images or visuals that mean nothing. They’re hollow and lack any purpose.

It’s tricky because the bigger you become as a business, the less risks you take. Everything is done in a state of a fear and panic. What will the people think about this? What if they don’t like it? And will we lose our jobs?

This is the hill in which creativity goes to die. You’re no longer interested in building an emotional connection, but you still want the audience to care about a product or service. These two are just not congruent with each other.

One of my favourite marketing campaigns of all time was for the first Deadpool movie. The film had suffered for so long in development hell and everyone had heard all the stories of how the studio execs couldn’t get it together to release it. Instead of trying to pad over the cracks, the marketing team embraced all the chaos around it. It led to hilarious ads and fantastic collateral to accompany the movie. By the time Deadpool arrived in theatres, the audience was genuinely excited to watch it because the marketing had connected with the audience.

The Deadpool marketing was selling you a film to watch, but it also gave you a whole lot of other emotionally resonant entertainment beforehand. You got excited to watch the clips because you knew they were going to be good. It didn’t try to B.S. you, choosing to build loyalty with the audience instead of rehashing dried-and-detested sales speak. The creative mindset behind the campaign understood what was necessary, i.e., honesty and authenticity.

Amazingly, this is something that most corporates don’t understand—maybe it’s because the oxygen decreases as you go higher up in those ivory towers. You can’t tell someone you care about customer service when you don’t. Your audience isn’t stupid; they see exactly what you do and don’t stand for.

So, instead of trying to regurgitate that f**king boring PowerPoint slide that no one cares about internally, maybe it’s time to embrace the creative mindset and understand what your audience wants. There’s a lot of content in the world, so what’s the point in throwing more into the mix if you have nothing important to offer your audience?